The 22 Colored Plates depicting the 22 Alchemical Stages of Salomon Trismosin's "Splendor Solis" are available for browsing from this page. The original manuscript of these plates is in the British Museum, and dated 1582. Though the earliest version is considered to be at Kupferstichkabinett in the Prussian State Museum in Berlin, and dated 1532-35. The text of this famous work have been translated by Joscelyn Godwin and printed by Phanes Press. A Yogi Publications edition also contains a biography of Trismosin, with his quest for and eventual attainment of the Philosopher Stone written in 1498. The only colored plates ever printed were by James Wasserman's fine work "Art and Symbols of the Occult", Greenwich Editions, London, 1993. More information on the Splendor Solis can be obtained from Adam MacLean's magnificent Virtual Alchemy site . The Virtual Alchemy also have the 22 color plates with comments, but the pictures at our site are of high resolution, they may take a long time to open, but will offer much detail detail for study and appreciation.

S.L. MacGregor Mathers is credited with an early work on the Splendor Solis, his notes on the obvious Kabbalistic and Arcana Major Tarot implications of 22, not to mentioned the alchemical symbolism, would have proved of interest had they survived. Ithell Colquhoun writes in the Sword of Wisdom, MacGregor Mathers and the Golden Dawn, G.P. Putnam's Sons, New York, 1975: " Besides Egyptian Symbolism, another book by Mathers which no one seems to have seen is his edition of the Splendor Solis by the fifteenth-century alchemist Salomon Trismosin, reputed occult teacher to Paracelsus. Edward Garstin valued this work highly and cited it several times in his own alchemical writings, especially the unpublished Alchemical Glossary. Trismosin was also the author of The Golden Fleece, one of the treasures of the British Museum?s manuscript library, its coloured illustrations even rivalling the miniatures of Les Très Riches Heures du Duc de Berry.

"Mathers passed his manuscript to F. L. Gardner, perhaps in part-payment of financial obligations, and Gardner published it about 1907 in the hope of recouping expense on some of Mathers' other work for which he had agreed to be responsible. But he did not let Mathers know what he had done, and the latter (understandably) protested. It must have been a very small edition and copies are scarce, if Ellic Howe has not seen one, who has? Again, there is no trace of it in the British Museum catalogues. Mathers' introduction and notes, if such there were, would be worth reading as his insight into alchemy is scarcely recorded elsewhere and would illuminate the Order's teaching on the subject."

Below is the first plate of the Splendor Solis, to see the others please click the respective plate numbers, or "next" button below. 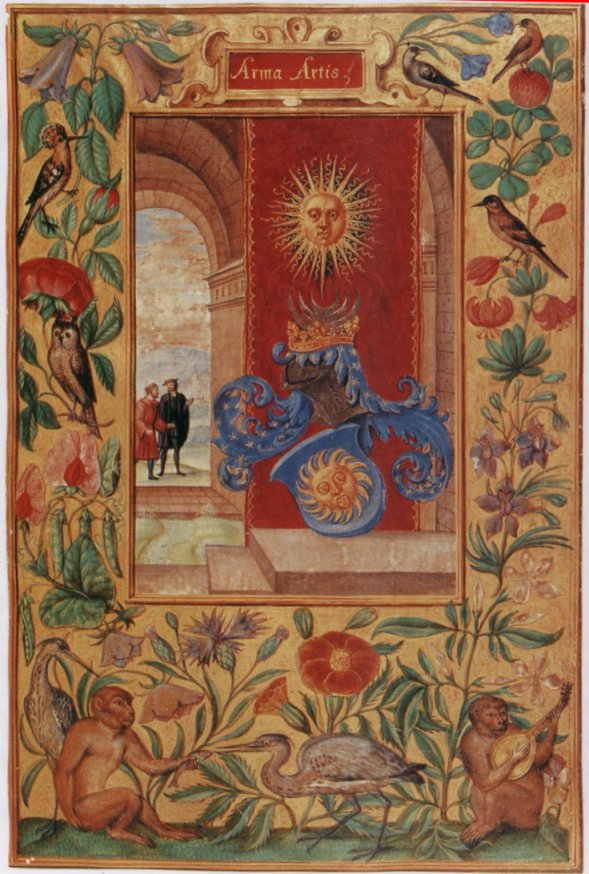